Heemskerk Fijnmechanica B.V. is a family business that was founded in 1970 and started in the garage of mr. Heemskerk senior, professional instrument maker, with a conventional lathe and a milling machine.

Over the years, the company moved several times, from the garage to a stable in a cheese farm in Haastrecht, then to Delft, Gouda and finally Waddinxveen.

Through continuous expansion of the machinery as a result of the investment policy the building after some time became too small.

Not only the number of machines increased, the number of employees as well. As a result of the production automation of the large series, employees can program other machines. 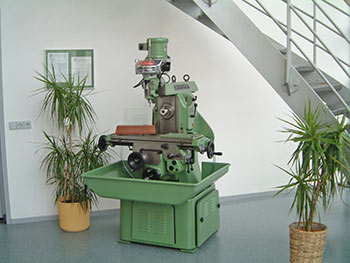 The growth of the company is mainly driven by “word-of-mouth” advertising, it is noteworthy that many customers of the first hour are still customer. Currently, both sons continue their father’s work.

What started as a one-man business with a single customer has developed into a modern company with extensive machinery, including over 50 CNC-machines, ± 50 employees and supplying to various markets.